I thought I'd go through my cave photos and try and pick out highlights in chronological order. These are some of my first photos underground.

The first set are from Majorca in Easter 2012. A couple are from Aven del Terrasa, a cave literally next to the road that I apparently felt comfortable taking my point and shoot in. The entire cave was one small shaft. 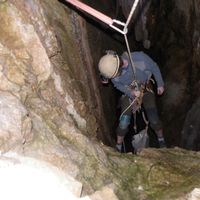 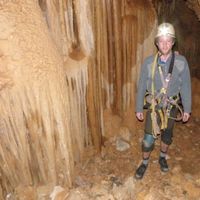 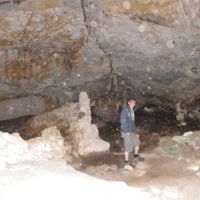 My next and first serious go was in Wretched Rabbit, an entrance to the Easegill system. Taken in December of 2012, this time I was armed with a DSLR and a complete lack of ability. I was also lacking any flashes or particularly bright lights. I remember being quite pleased with some of these!

The final set of this post are from February 2013, again in the Easegill system but this time somewhere near the Lancaster Hole entrance. I think I had acquire one old vivitar flash and some firefly infrared triggers. There is now slightly more light but some errors with the ISO, focusing, and mud on the lens give the photos a distinctly 70s look.